200G Series
200G QSFP-DD optical transceivers is available at Lightrend. The series of products comply with IEEE 802.3bs and QSFP-DD MSA standards and are mainly applied in 200G Ethernet, Data Center and Cloud Networks.
100G Series
Lightrend is offering 100G QSFP28 series and CFP, CFP2, CFP4 form factor transceivers, 100G single lambda, BIDI 10KM and 40KM, duplex DR1, FR1, LR1 and ER1 interfaces transceivers. The 4x25G QSFP28 transceiver portfolio is one of the broadest in the market and covers SR4, CWDM4, LR4, ER4 Lite, ER4 up to the 80km ZR4, industrial grade QSFP28 transceivers are also available. 100G QSFP28 AOC and DAC are included in the family.
50G Series
Lightrend offers 50G transceivers for both Ethernet and mobile networks. The QSFP28 form-factor is used to mobile applications and for longer reaches with distance 10KM to 40KM.
40G Series
Lightrend is offering 40G transceivers for with QSFP+ orm-factors. It includes SR4, LR4 and ER4, AOCs and DACs are avalilable to reach short connectivity inside the same chassisk.
25G Series
Lightrend is 25G transceivers are used in Ethernet, Fibre Channel (32G) and mobile fronthaul applications (CPRI, OBSAI). I-temp application as well as distances of up to 40km are supported as well as LAN WDM, CWDM and DWDM wavelengths.
10G Series
Lightrend is 10G family incudes SFP+, XFP form factors, duplixed SR, LR, ER, ZR, CWDM, fixed DWDM, tunable DWDM, and sigle mode BIDI series are all available, distance up to 80KM; 10G Copper SFP+,  AOC and DAC in the family.
<10G Series
Lightrend provides full series of low speed SFP for SONET, Gigabit Ethernet, Fibre Channel, and other communications standards. Most SFP transceivers are used for Gigabit Ethernet and come in a wide variety of transmitters/receivers for different distances and fiber types as well as conversion to RJ-45 (copper).
Coding Box
The CodingBox connects to a PC with Windows XP~10 32&64bit through a USB port to implement functions such as writing or reading code and DDM parameters for SFP series, XFP series, QSFP series, and QSFP-DD series optical modules. The size is 90mm*80mm*25mm,and the weight is about 135g.

Bell Canada to spend up to $1.2B over two years on 5G, fiber

MONTRÉAL – Underscoring the essential role Bell networks have played in Canada's COVID-19 response, and how important they will be to the country's economic recovery and future growth, Bell today announced it will rapidly expand its broadband fibre and wireless networks with a $1 billion to $1.2 billion acceleration in capital expenditures over the next 2 years.

"Bell has offered critical support to Canadians throughout COVID-19, and we are proud to ensure our networks will play a key role in the country's move forward as we announce our plan to accelerate the rollout of Bell network connections to hundreds of thousands of additional locations in urban and rural communities alike this year," said Mirko Bibic, President and CEO of BCE Inc. and Bell Canada.

"With network leadership driving Bell's momentum in the marketplace, BCE's rock-solid financial position and a stable federal regulatory environment supporting spending on new network infrastructure, it's the right time to step up with the unprecedented investment that Canada needs to build back. As we mark our company's 141st year of leading the way in communications innovation, the Bell team remains committed to advancing how Canadians connect with each other and the world with this bold new investment in our country's future," said Mr. Bibic.

This investment acceleration is in addition to Bell's typical annual capital expenditures of approximately $4 billion over the last decade (which grew to $4.2 billion in 2020 due to investment in network capacity and digital platforms in response to unprecedented usage demand during COVID-19). Funded from the proceeds of Bell's sale of data centres in 2020, the additional $1 billion to $1.2 billion investment is expected to generate an estimated $2 billion in new economic activity and create approximately 5,300 additional direct and indirect Canadian jobs. The program will also leverage accelerated expensing of capex under the federal capital cost allowance program, generating cash tax savings that can be reinvested in infrastructure development.

Bell expects to invest approximately $700 million of this additional capital in 2021 to accelerate both our wireless and wireline network footprints. This includes an incremental increase of up to 400,000 more homes and business covered by fast fibre and rural Wireless Home Internet service (which will increase new locations covered this year to as many as 900,000, for a total broadband footprint of approximately 6.9 million locations by the end of 2021). At the same time, Bell plans to double the national population coverage of Bell 5G, the fastest wireless network in the country, which currently serves more than 150 communities across Canada.

"The COVID crisis has reinforced the importance of fast, reliable and high-capacity broadband network connections in every part of Canadian society, and they will be just as critical to our ongoing national leadership in a converged digital world," said Mr. Bibic. "Building the best networks is a strategy that benefits all our stakeholders: our customers and communities with access to the latest communications innovations and 99.99+% network service reliability; our company with the leading market growth that propels Bell's broadband investment strategy; and our country with the next-generation infrastructure and support necessary to compete and prosper in a rapidly evolving global digital economy."

The capital acceleration will mean an incremental increase of up to 400,000 new homes and businesses covered with broadband service this year, including as many as 250,000 additional all-fibre connections, delivering the fastest home Internet speeds available and access to Fibe TV and other exclusive digital platforms, and up to 150,000 more homes covered by our unique WHI service, which is blazing a broadband Internet trail to rural Canada, including many locations previously unserved by any provider. Bell's 5G network, certified as Canada's fastest mobile service, will also double its current population coverage by year-end.

5G networks and the public cloud 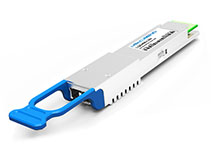 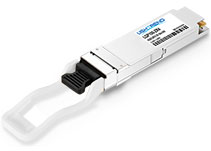